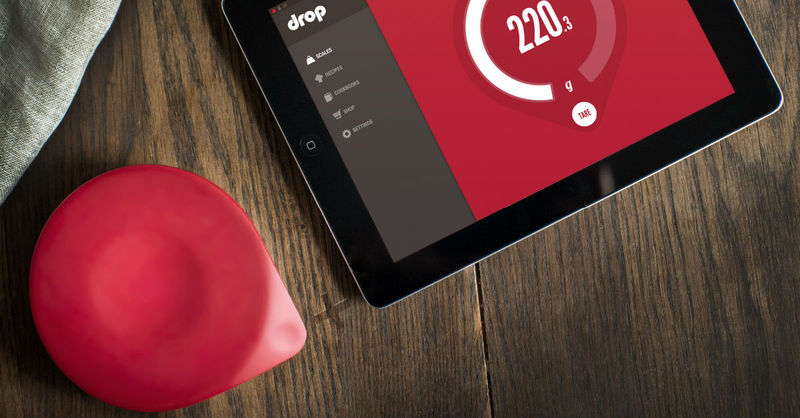 Calling all aspiring chefs and bakers. Cooking just got a whole lot easier and a lot more entertaining. In today’s busy world, very few people are cooking and baking; and if we were to be completely honest about it, we could say that the majority of people have lost interest in it. Busy lifestyles, work, family commitments, and not to mention the plethora of convenient food choices we’re faced with have seen a dramatic decrease of cooking and willingness in the kitchen.

Time to Put the Fun Back into Baking!

Then of course there’s also an overwhelming amount of people who simply just don’t know how to cook. And then there are those who simply don’t like cooking. Whatever the reason for the decrease of cooking and baking in the kitchen is, there’s an answer that will help put the fun back into baking and cooking again and get people excited about the prospect of creating something totally new from scratch as opposed to taking something out of a package and zapping it in the microwave for a few minutes.

Thanks to some innovative minds and the help of technology, the Drop app makes cooking and baking easier in so many ways.

One thing that has frustrated all cooks and bakers over the years is the tedious measuring out of ingredients – in some cases it’s so difficult to be precise and other cases there are many more inexperienced cooks who might simply be a little too heavy-handed with their ingredients, resulting in a number of failed attempts in the kitchen. It doesn’t matter if you’re a novice cook or a seasoned chef, weighing out everything and being precise can be challenging, especially when you fall short by one ingredient; this can really mess up the recipe.

The Drop app is one smart piece of cooking technology which is taking the world by a storm It takes the stress out of the most laborious part of cooking and baking by guiding you through recipes in bite size chunks. If you haven’t already heard of the Drop app, it’s a sleek-looking silicone Bluetooth scale, which works in conjunction with an iPad app.

Taking all the Hassle Away

Imagine being able to weigh out an ingredient to less than a gram. Before it wasn’t possible, but now you can get the most precise reading ever; this is perfect for all those annoying recipes that call for a minute amount of whatever you need to add to your dish. Cooking enthusiasts and novice chefs around the world are rejoicing. Never has there been such an easy-to-use cooking device. All it requires is simply putting your ingredients on the scale, waiting for the tick to say the right amount has been added, and moving to the next step as the app instructs – yes, it really is this easy. 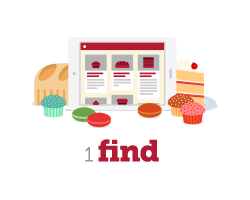 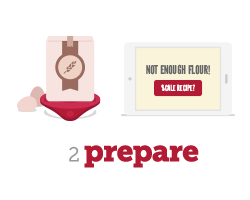 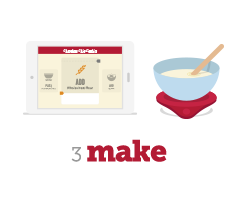 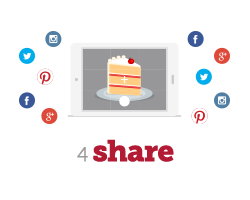 Tons of Recipes to Choose From!

Another wonderful aspect of the Drop cooking app is its ever-growing database of recipes. From simple chocolate chip cookie recipes to the more complicated ones – you’ll be able to master any dish imaginable – this is one way to take your cooking skills to the next level. Now, with the ability of perfecting your proportions, these recipes are foolproof, meaning anyone can follow them. 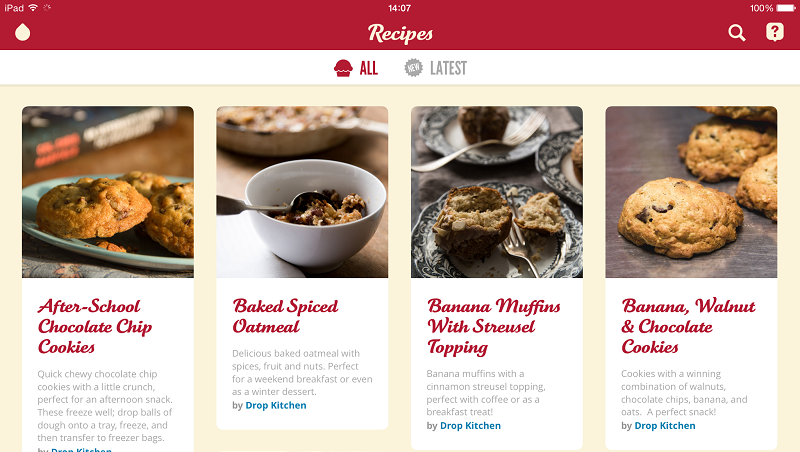 It’s true, cooking is a science. A lot of it’s related to reactions and measurements, which if not executed precisely, could result in a sad-looking deflated soufflé. Even the most cooking illiterate person will soon be whipping up recipes to rival those of some of the world’s famous TV chefs who have been doing it for years.

There’s zero chance you’ll fail. With the Drop app’s support, you’ll pick up new skills from learning how to grease a muffin tray to folding egg whites all by simply flipping a card and watching a short instructional video. All of these tips, no matter how experienced you are in the kitchen, will lead to becoming a better cook or baker. And if English isn’t your first language, never fear. Unlike many apps that aren’t visually attractive and helpful, the Drop cooking app has pictures of everything from each little step you take to the different kitchen utensils you might need whether it is a whisk or a more complicated kitchen tool. Pop your dish into the pre-heated oven, hit start, and then the app’s timer will tell you when it’s done. It doesn’t get much easier than this.

Its attractive interface is appealing and its layout is easily navigated. Cooking and baking have seriously been taken to the next level and revolutionized. Scroll down through the recipe section of your desire, choose how many servings you want, and even substitute some of your ingredients in the right amounts if you happen to be missing one of the key ingredients at home.

Let’s face it the traditional paper cookbook went out years ago. Most people, who are even a little bit savvy, consult the net. But even still, when searching a recipe or scrolling down on basic recipe sites, it’s almost certain your iPad will end up dirty, covered in cream, butter or some other ingredient. With the Drop app, you no longer have to worry about destroying your iPad because its smart sensors are able to detect when you’re ready to move onto the next step, and before you know it, you’re being shown what you should be doing next.

The Drop app makes your life convenient in a number of ways. Scroll through the recipes, select your dish, and add items to your online shopping list – it really gets you thinking; is there anything this kitchen app can’t do?

The Drop cooking app’s design is just as impressive. Its heat resilient silicone top in bright red is modern and subtle. Busy people who want to minimize their time in the kitchen as much as possible will absolutely love the Drop cooking app from Adaptics. Not only does it make the cooking process quicker, it’s also easy to clean. With its smooth silicone surface, all you need to do is to simply wipe it off when you’ve finished, and then you can pack it away until next time you want to cook or bake, and trust me, this will be very soon because that’s what this amazing smart cooking app does, it makes you addicted to cooking. Imagine having no more messy scales to clean. Imagine using only one bowl to measure out everything – this is one gadget for the modern-day person. Say goodbye to all those different measuring devices you previously used, because all you’ve got to do is pour your ingredients into your bowl until your app instructs you to do otherwise. But it gets even better – this compact isn’t cumbersome like the old-fashioned traditional scales, meaning it’s going to take up very little room in your cupboards – how amazing is this?

The touch button silicone base means connecting is easy. It’s really no wonder that this sought after advanced cooking device is literally flying off the shelves. Purchase it for yourself or give it as a gift, you can’t really go wrong with such a sophisticated present, your mother would love it!

As the timer sounds, imagine opening the oven to a delicious smelling perfect looking dish, which will taste even more scrumptious than it looks – if this is even possible. Even if you were a failure in the kitchen before, you’re guaranteed you never will be again, because there’s no way you can get it wrong. This clever app from Adaptics is causing a huge stir, and it’s definitely fulfilling its mission – to bring interactivity to cooking and making it an enjoyable recreational activity instead of a huge chore.

You’ll be amazed at how successful your dishes turn out, because I was. Even the most experienced people in the kitchen mess up from time to time or even have recipes they can never achieve, but this doesn’t have to be the case any longer. You’ll be proud with what you achieve in the kitchen, so naturally like in all great things of this age, you’re going to want to share your success and do a little bit of bragging because you can, and the Drop app allows you to do just this. Plate up your sweet or savory creation, take a few pictures, and hit share, and your work of art will be shared with all your friends and followers on various social media networks. However, there’s just one drawback – you might have a number of people dropping by ‘unexpectedly’ in the hope that you’ve been showing off your skills in the kitchen once again.

If you don’t already have one, you need to get in the game – how else are you going to create that perfect meal for your next dinner party? How else will you be able to perfect those mouth-watering cupcakes? The Drop cooking app by Adaptics is a must, and you’d be crazy not to have one, because even some of the world’s most famous chefs swear by it. It’s time to bring your cooking to life and reinvent yourself in the kitchen. The Drop cooking app is widely available and can be purchased in the US, Canada, the UK, and the EU. 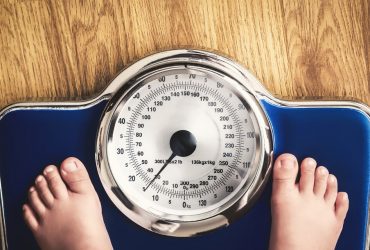 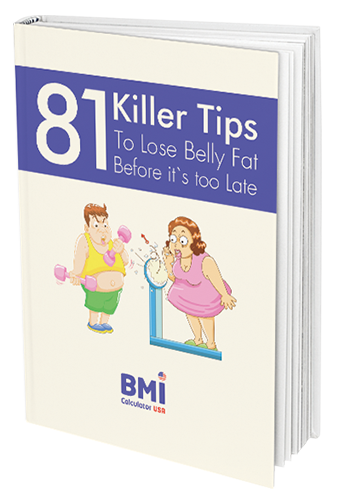